How to Replace a Bathroom Faucet

Whether it’s because the old faucet is broken, or it’s simply time to upgrade the look of the bathroom, you have decided it’s time to replace the bathroom faucet. Replacing the bathroom faucet is one of those jobs that most homeowners can do themselves. Here are a few tips on how to get the job done with few complications.

In some cases changing the tub spout, for example, is as simple as loosening a screw on the bottom, twisting off the old one, applying a little Teflon plumbers tape, and popping on the replacement. Ditto for removing that ordinary chrome shower head pipe. Unscrew the old head, unscrew the pipe and just twist on new ones that better suit your taste.

Bathroom sink faucets are only a little bit more difficult. But, with a little homework, these too can be replaced in less than an hour.

Most bathrooms have local valves under the sink, behind the U-shaped pipe. Just twist them until they close firmly. If for some reason they’re absent, just shut off the main house valve for the hour it takes to do the job. In many tract-house neighborhoods, the control is under a removable small, rectangular cement slab near the curb.

Disconnecting any hoses is a simple affair.

Like many kitchens, most bathroom fixtures will have two rubber or flex hoses to remove. Just squeeze the compression clamp or unscrew the car-radiator hose style clamp and twist the hose, then pull. Avoid pulling directly out until the hose is loosened. That can break off a hose bib or break the hose. Sometimes they get stuck due to the buildup of calcium carbonate or copper oxide.

In the majority of cases, all that’s required after that is to loosen the plastic or metal retaining nuts on the bottom of the faucet. A jerk is better than a gradual twist for removing tight, often stuck nuts. But take care not to slip and/or bang the wrench against any porcelain under the sink.

Once the retaining nuts are removed, with the hoses off, it’s ultra-easy to just lift the faucet out of the holes in the sink. Designs differ. Some have only one hole and both the hot and cold water hoses feed into one cylinder. In other cases, there are two or even three holes. One for a central faucet and one each for the hot and cold water knobs.

Be sure to select a replacement faucet with one of the same basic layouts, or be prepared to replace the sink as well. Which is sometimes the exact plan!

Putting the new one in place is sometimes easier than getting the old one off. It’s critical, though, to apply Teflon plumber’s tape correctly, if the design calls for that.

Some hoses fit on over a small ridge on the hose bib. The clamp is then enough to keep it from leaking water. In other cases, a bit of plumber’s tape is required. Wind it around so that it layers up to prevent water flow, rather than opening up the hose wider. 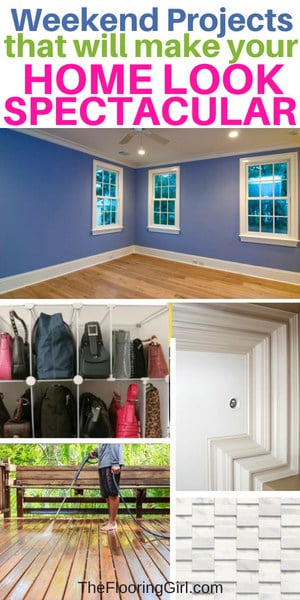